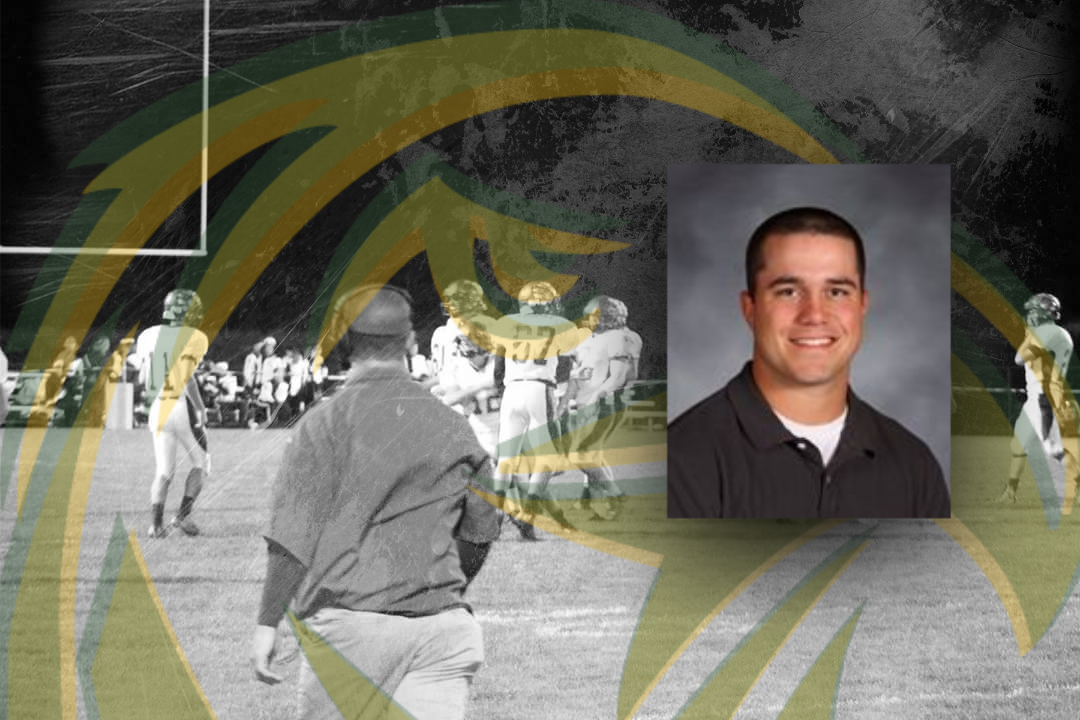 LONDON, OH – The Madison-Plains Board of Education, Administration, and Athletic Department are pleased to announce the hiring of Shane Cahill for the position of Varsity Head Football Coach. On Tuesday, February 16th, the Board of Education recognized Coach Cahill as the new Varsity Football Head Coach for the Golden Eagles.

“First, I want to thank Superintendent Chad Eisler, Athletic Director Brandon Wright, and the Madison Plains School Board for giving me the opportunity to coach the Golden Eagles football team,” said Coach Cahill. “It is an honor to get the chance to build upon the successes Coach Hunt and the football program have had over the last eight seasons. I look forward to working with staff, boosters, community members, and everyone else that contributes to the experience of playing football at Madison Plains Local Schools.”

Coach Cahill began his coaching career at Mechanicsburg High School, as the Assistant Defensive Coordinator coaching the Linebackers and Wide Receivers for 3 seasons. While at Mechanicsburg, the Indians had an overall record of 32-5, with three State Playoff appearances, three-time Ohio Heritage Conference Champions, and two-time Regional Runner-Up.

In August of 2017, Coach Cahill took the Head Coaching position at St. Paris Graham. After his first season at St. Paris, Coach Cahill did not settle on his 1-9 overall season. He continued to push and grow his athletes into the success he saw this past season during the COVID-19 pandemic. The Falcons finished as the outright 2020 Central Buckeye Conference Champions with a 7-1 overall record, earning #6 Seed in Division 4 Region 16 OHSAA Playoff. With the success, Graham had eleven 1st or 2nd team All-Conference players with the CBC Mad River Offensive Player of the Year at Quarterback.

“As a coaching staff, we will first share our core values with the team and clearly define expectations. The purpose of high school athletics is for student-athletes to have a great experience and to better prepare them for life after high school,” stated Cahill. “We will ensure this through building relationships and having frequent discussions on anything related to our core values. From a football coaching standpoint, we will focus on competing in everything we do and paying close attention to the small fundamental details that make up a great football team. Personally, I am very excited to be back in Madison County and I look forward to competing in the Ohio Heritage Conference. Go Eagles!”