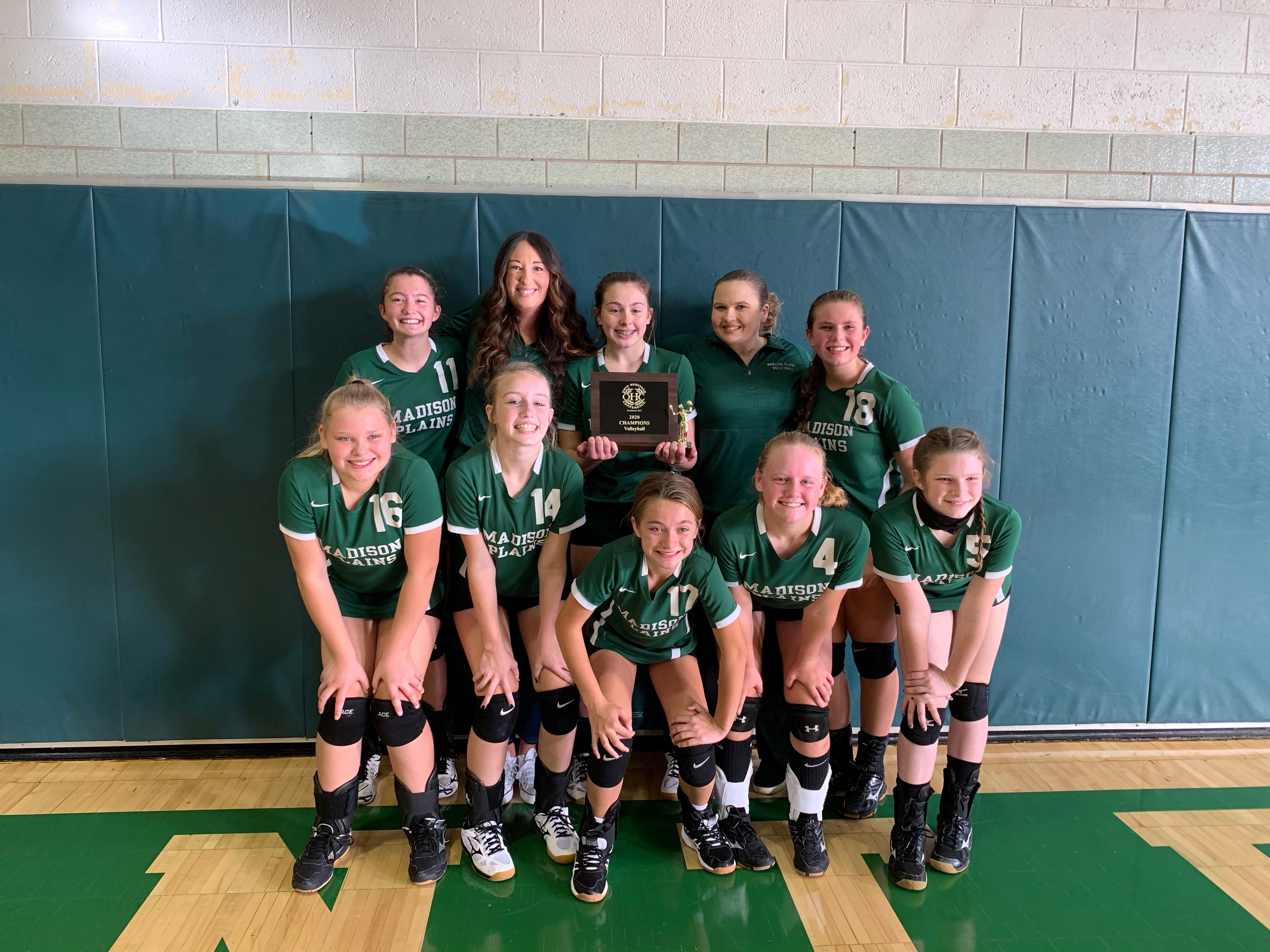 The Lady Eagles had to battle against a scrappy Cedarville team on October 24th to win the OHC South Championship game. The first set was extremely close until a long serving run by Claire Mason allowed Madison Plains to pull away with a lead. Cedarville took an early lead in the second set, but the Eagles battled back with serving from Audrey Perigo, Alyssia Mullins, and Claire Mason. Audrey Compton, Aubrey Bush, and Autumn Cress all covered the floor defensively which lead to Carly Kelly and Cressa Williams connecting for a couple kills.

The Madison Plains 7th Grade volleyball team finished the season with an undefeated 17-0 record and the OHC South Championship.