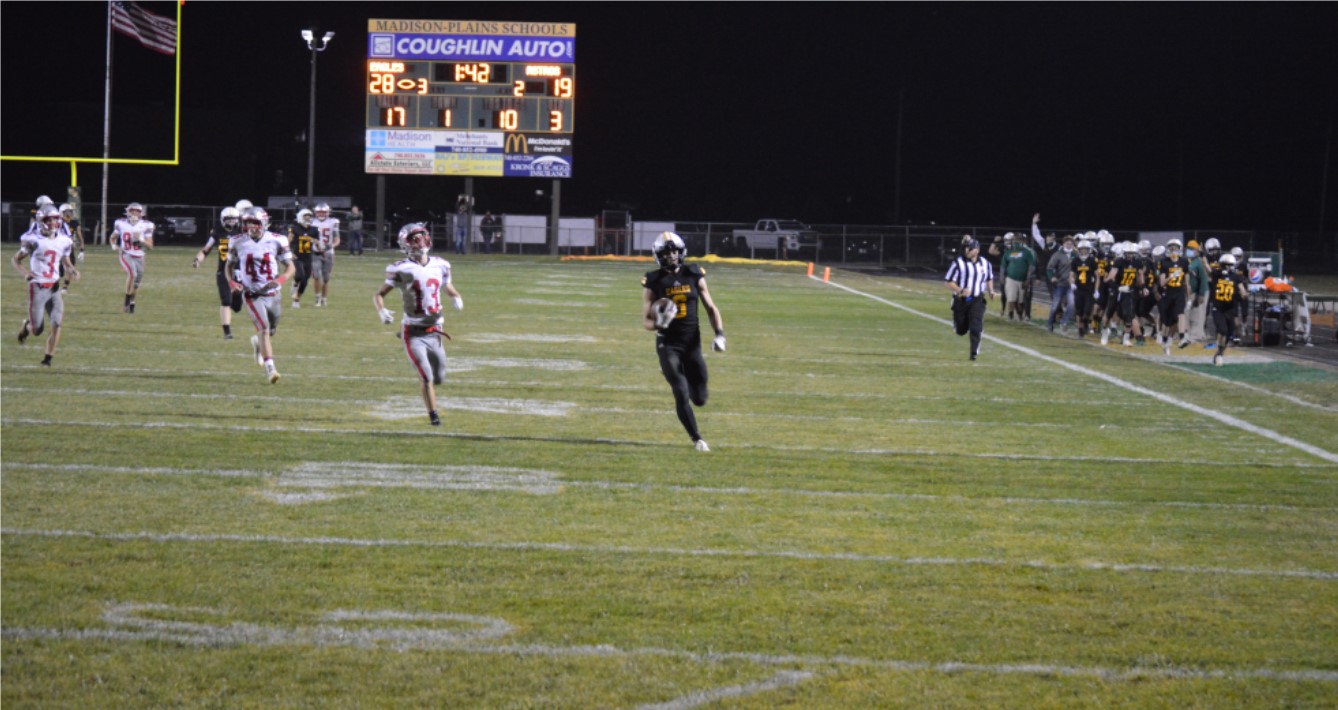 Making history with a half to remember.

As Madison-Plains High School settled into its first post-season football game Saturday as they hosted East Clinton, the excitement was high on each side.

A back-and-forth gridiron battle between the host Golden Eagles and the Astros for the first two-plus quarters resulted in almost a stalemate after East Clinton scored to cut the Madison-Plains lead to a slim 20-19 margin less than three minutes into the second half.