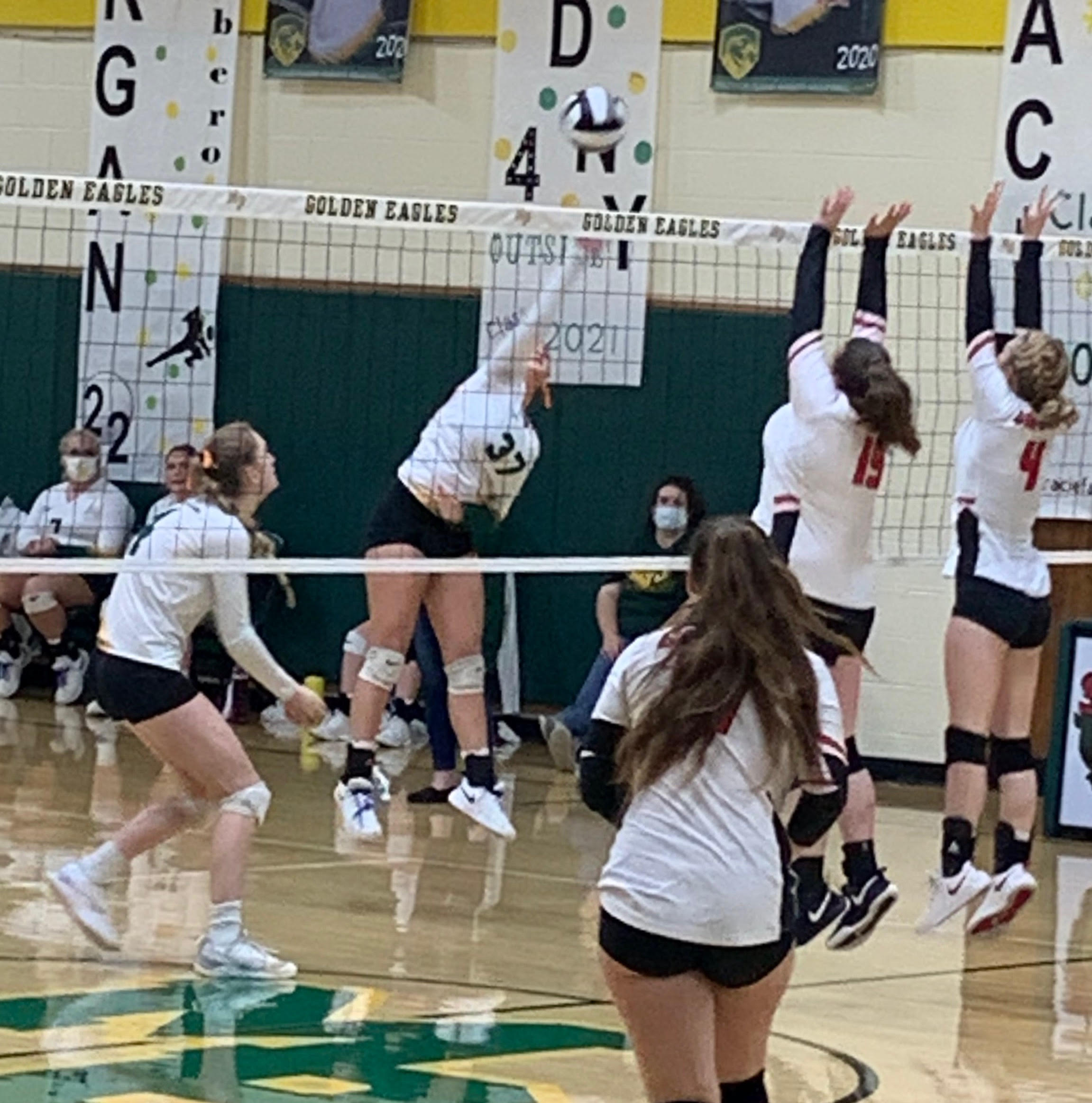 LONDON, OH – The Madison-Plains Lady Eagles hosted Greenon Thursday night at the MPHS Gym. With a victory over Greenon, the Lady Eagles would claim their right to a 2020 OHC Volleyball Championship Title.

Set 2 would go down in a similar fashion with a 25-8 win for the Eagles. Again, Davis would go on a 9 point run with Davis serving.

Game three started off back and forth between the Knights and Eagles. The Eagles would pull away once they hit a 13-8 lead. MP wrapped up set 3 with a 25-14 victory.

Cindy and Rylee had a big night with a lot of kills, blocks, and digs.

Morgan and Bailey dominated the back row on defense,” said Head Coach Gabby Bush, “Sydnee White and Arington played great defense all around. Each of them was able to get kills, assists, and aces tonight.”

Gracie and Molly were all over the court set up the hitters in the front and back row and ended the night with over 25 assists combined.

The Lady Eagles will begin tournament play next Thursday as they host Madison Christian beginning at 6:00 PM at MPHS.